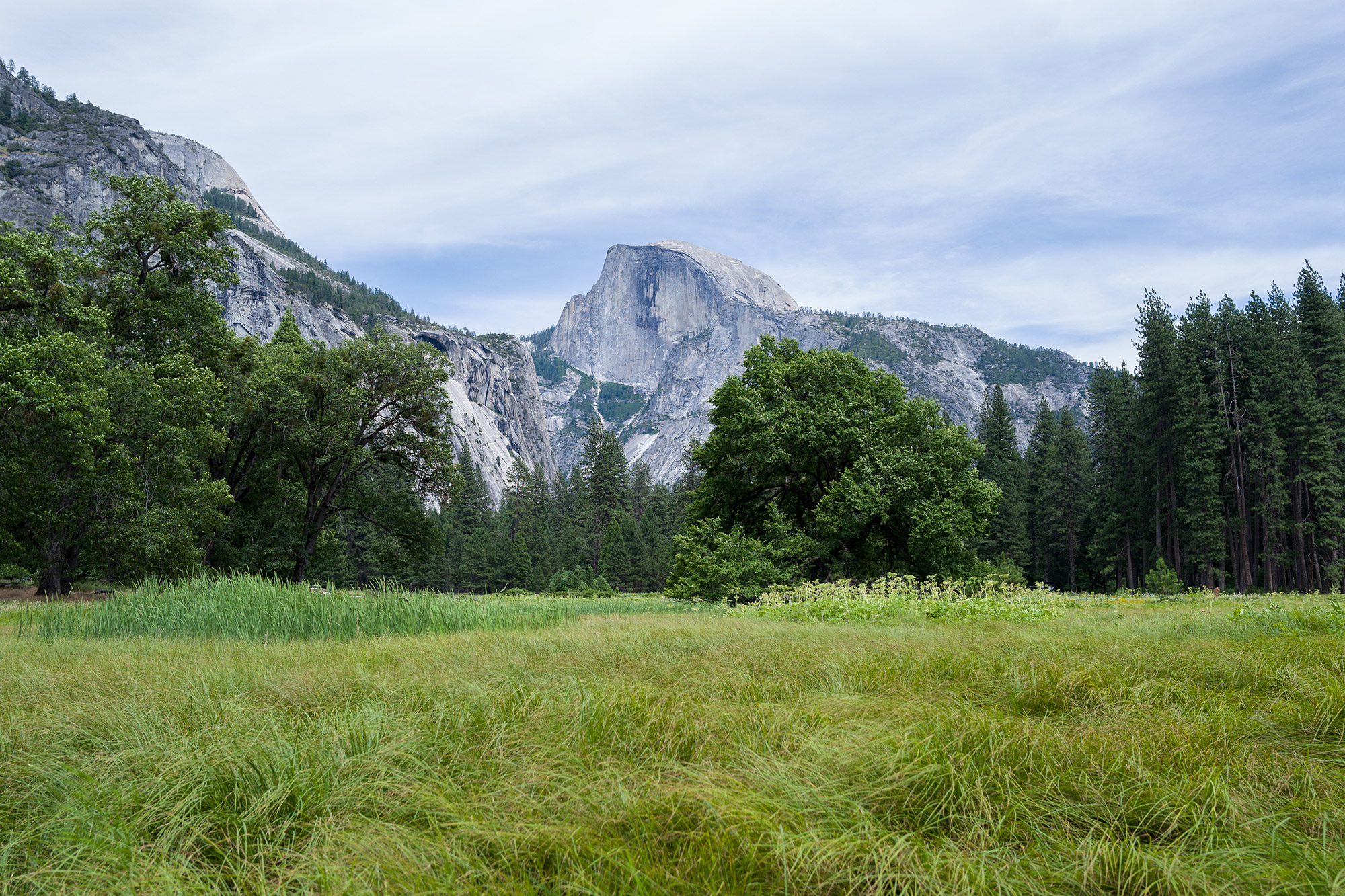 View of Half Dome from Yosemite Valley.

On July 5th I went on a 5-day backpacking trip from Tuolumne Meadows to Yosemite Valley on the John Muir Trail—here are a few photos and excerpts from my trail journal.

Amtrak from San Francisco to Merced, then YARTS to Tuolumne Meadows.

At Tuolumne Meadows I met a fun group of 16 or so PCT thru-hikers. Most of them were from Canada, Australia, France, UK, and Israel and taking a detour for Yosemite Valley. The PCT is a 2,650-mile trail from Mexico to Canada.

Watched the sunset and camped in the Tuolumne Meadows backpacker's campground.

Hike ~10 miles to Cathedral Lakes and camp at Sunrise Lakes.

While hiking to Upper Cathedral Lake, I met a fun couple from Boston and a photographer from San Francisco.

I camped in the wilderness near Sunrise Lakes. The mosquitos were brutal at dusk, and the moon was so bright it woke me up in the middle of the night.

Hike ~10 miles to Clouds Rest and camp at the JMT/CRT junction.

Clouds Rest is a scenic hike with a view of Half Dome and Yosemite Valley from the east.

I had a permit to hike Half Dome and wilderness camp at the JMT/CRT junction, about 4 miles from Half Dome.

I made friends with a PCT hiker from South Korea, and we planned to hike Half Dome together.

Hike ~10 miles to Half Dome and Yosemite Valley, then camp at the backpacker's camp.

Half Dome is an incredible hike with the cables at the top. 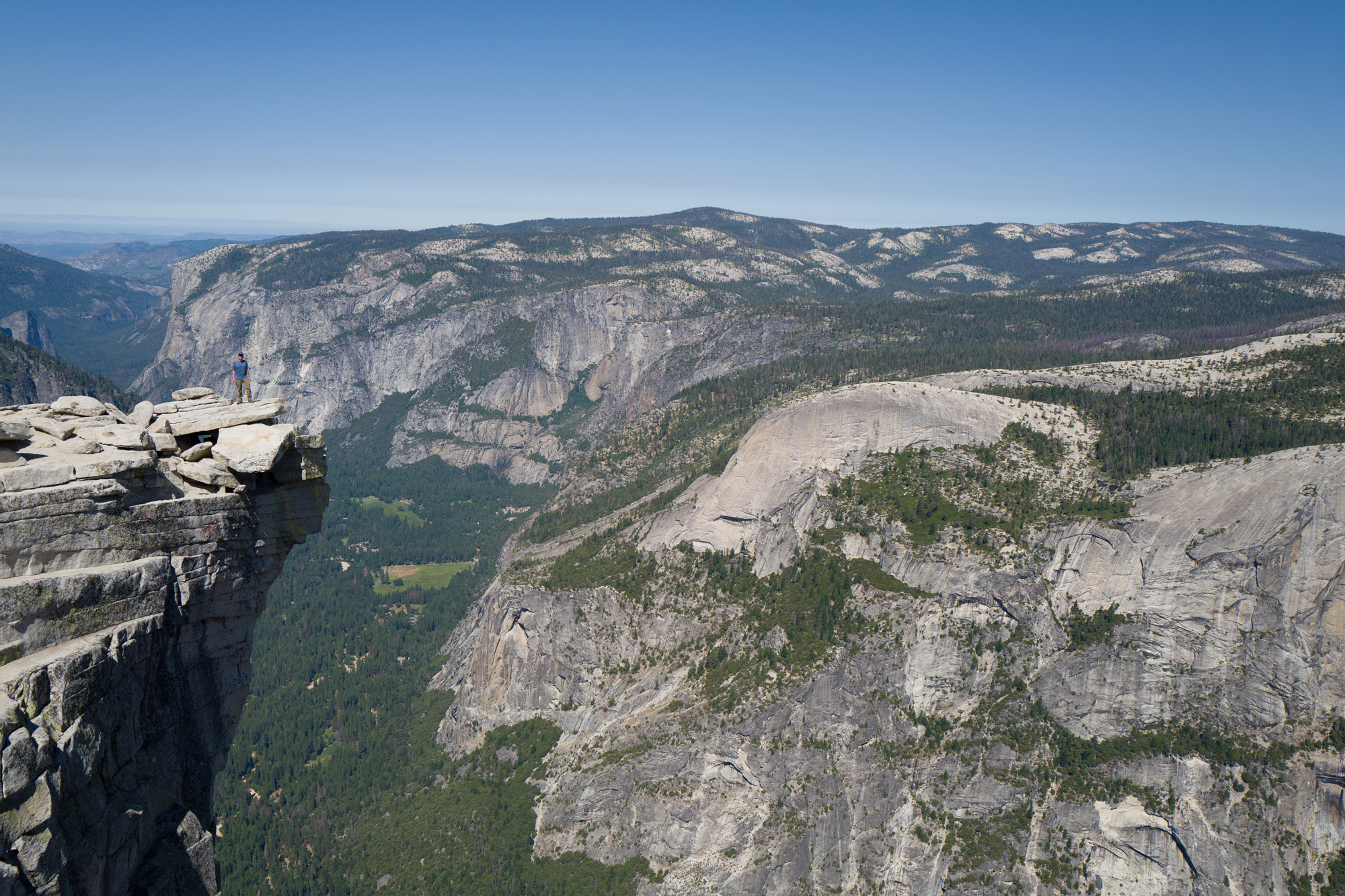 Me on Half Dome.

A bear approached our camp during lunch, and a bear patrol ranger ran over and scared it away with a paintball gun.

We hiked down the Mist Trail, ate pizza at Half Dome Village, and camped in the backpacker's campground with 3 other PCT hikers.

YARTS from Yosemite Valley to Merced, then Amtrak to San Francisco.

In the morning we saw a bear eating berries about 10 yards away from where we were all sleeping the night before.

Filed a bear incident report at the ranger station.

Walked around Yosemite Falls and took photos in the valley.

View of Half Dome from Yosemite Valley.